At least 68 of the 72 people aboard the plane died when it crashed into a gorge while trying to land at a newly opened airport in Nepal on Sunday. Witnesses reported hearing cries for help from within the fiery wreckage, the country’s deadliest airplane accident in three decades. 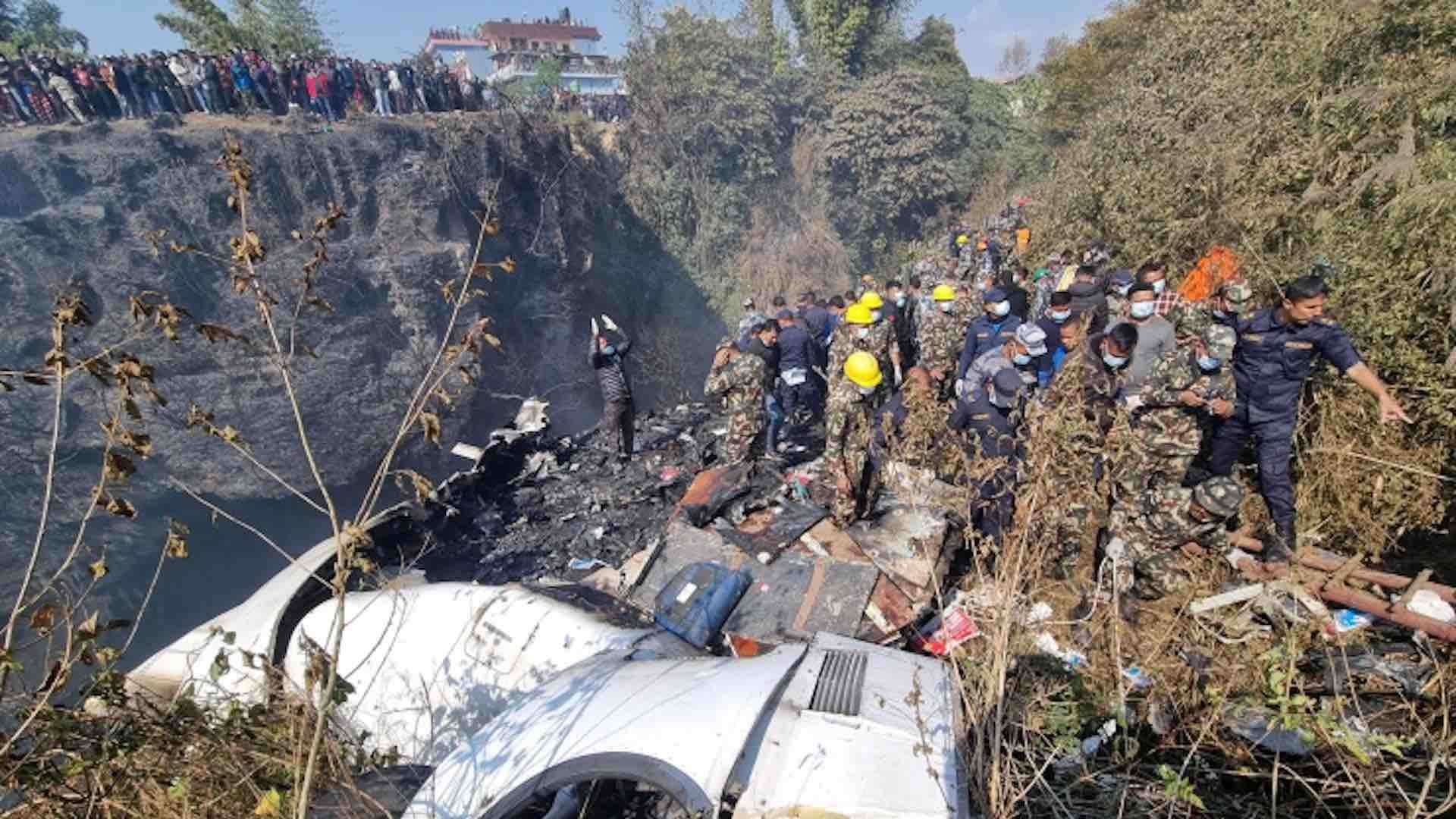 As rescue workers searched the wreckage on the edge of the cliff and in the ravine below, scores of onlookers gathered around the crash site near the airport in Pokhara. Searches for the four missing people were suspended overnight and are scheduled to resume Monday, according to the Associated Press.

According to the aviation authority, the aircraft last made contact with the airport at 10:50 a.m. just before it crashed. Yeti Airlines’ twin-engine ATR 72 was flying from Kathmandu to Pokhara, 200 kilometers (125 miles) west of the capital. The plane carried 68 passengers, including 15 foreigners, and four crew members, Nepal’s Civil Aviation Authority said. Five Indians, four Russians, two South Koreans, one each from Ireland, Australia, Argentina and France were among the foreigners.

The Annapurna Circuit, a popular hiking trail in the Himalayas, begins in Pokhara. Two weeks ago, the city’s new international airport opened. Airlines around the world use the ATR 72 for short regional flights. Developed by a French-Italian partnership in the late 1980s, the aircraft has been involved in several fatal accidents.

60,000 Coronavirus deaths confirmed by China as WHO investigates

Australian authorities are searching for a missing radioactive capsule

Pakistan economy in danger of collapsing due to loan defaults

Morocco bans arrivals from China because of a COVID outbreak